Is it possible to learn valuable entrepreneurial lessons from a 6 year old kid selling homemade goodies in Mexico?

Like many parents, we send our daughter, Abby, off to school every day. It’s a private school here in Cozumel and they have a very hands-on teaching style.

Last week the school organized a bazaar to be held at one of the main parks here on the island.

The main goal: to create and sell homemade goods while tracking costs and profits.

In other words, Abby was getting a very hands-on math lesson. The best kind of math learning in my opinion!

To be brief, these are the steps Abby took:

Keep in mind, this was a kids bazaar – not a professional operation – so the standard is a bit lower. However, to apply Abby’s experience to “grown-up” business, here are some key takeaways. 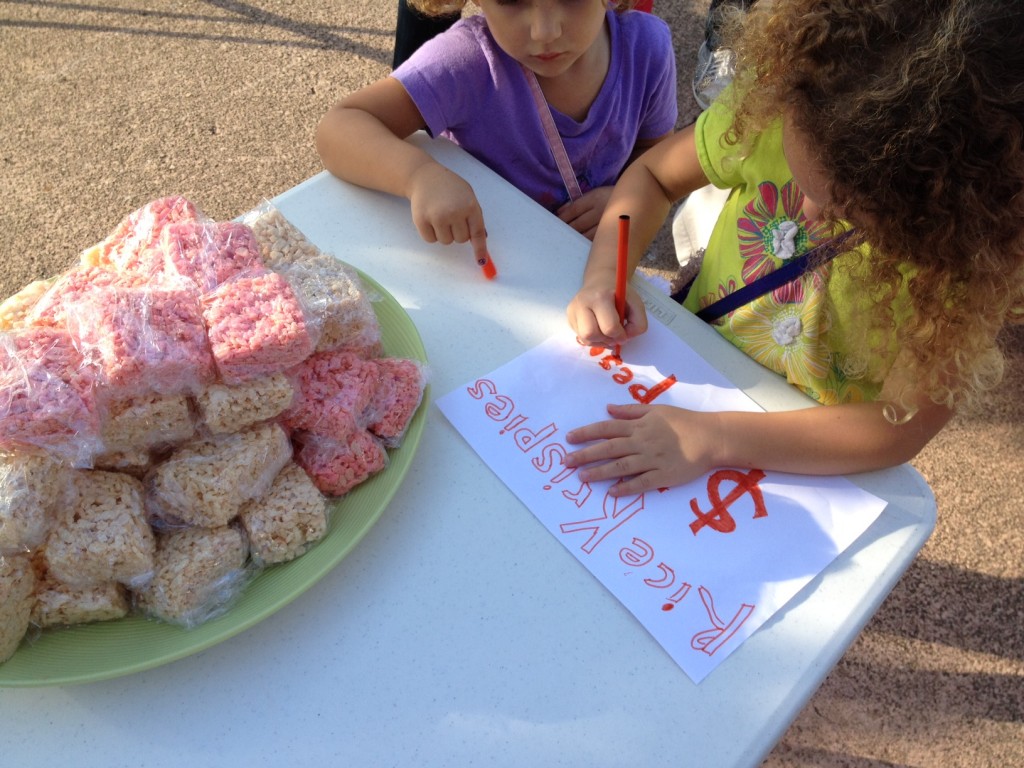 Product Creation – Abby was a superstar in her product creation. She did most of the work herself.

It was something she knew how to do and was able to do quickly.

Product Pricing – Abby was very competitive in her pricing. Her next door neighbor was selling cookies at 8 pesos a piece.

Abby’s deal offered far more value. It also gave her a decent profit margin if she was able to reach her breakeven point.

Selling – Even though Abby’s Spanish is very limited, she learned how to tell people “how much”, say the amount of change given (if needed), and also to say “Gracias” while looking her customer in the eye. 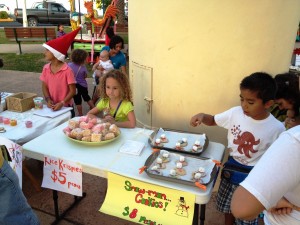 Merchandising – Abby had a small sign compared to what most of her “competition” had. She could have had a bigger sign with more pizzazz.

Also, she could have used balloons or something else to attract more attention to her store front.

Product Research – It turns out that most people in Cozumel don’t really know what rice krispie treats are. This was a big deal.

Abby made them because she knew how but it didn’t match what the market demanded.

We were able to go do some market research and see what sold well. Items like Arroz con Leche (rice pudding) and tamales sold very well. 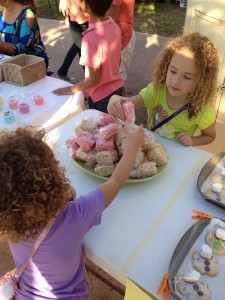 First sale – ok, it was her sister but it still counts!

Selling – Abby had a challenge with being vocal about her product in the marketplace. She’s a bit shy by nature so it was challenging for her to solicit people as they walked passed.

She decided that walking around to offer free samples to drive more business might be a good idea. However, most people did not understand that they were free samples.

This is partly because by then other kids got mobile and were walking around selling. So she was forced to explain they were free and also to explain what rice krispies were.

Increase Profitability – Abby’s ingredients were very cheap. She was working with a potential huge profit margin. She could have dropped her prices or offered two-for-one promotions or even something else.

Again, the big challenge was having the right product. Had she been selling tamales or something familiar, there’s no doubt she would have quickly sold out.

It’s so important to do product research before going to market!

Over all, Abby rocked!

She did really well for being shy, selling in another language (and culture), and selling something not in the normal Cozumeleno diet.

What about the left over inventory?

Well, we all pitched in to help Abby “liquidate” it!  🙂

So how about you? Did you ever sell something as a kid? What was your experience? How has that helped you as an adult?

What Could You Possibly Want with a Job? 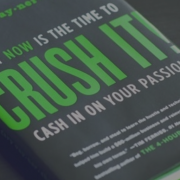 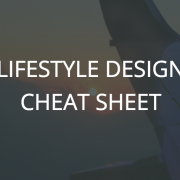 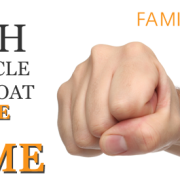 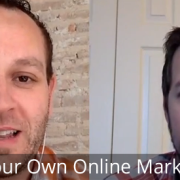 How to Start Your Own Online Marketing Company

Started a Lifestyle Business in 2010. Built a life centered around my family & adventure. I talk about ways to pay for what you wanna do. Maybe there's something here for you?